It’s summer! That time of year when people think about relaxing, stress-free family car trips. When oil companies think about increasing gas prices. And, in Los Angeles, when we realize we live in not only endless summer but also endless traffic. Here are a few helpful driving tips to navigate the city’s hallowed asphalt. The astute motorist will note the average Angeleno follows these simple ideas already.

Distance between Vehicles
With millions of cars in Southern California, it’s important we use our limited freeway space efficiently. So please keep tight to the bumper of the car ahead of you. It doesn’t matter if you are on the 110 in downtown stop-and-go traffic or on the 10 cruising at 85 mph headed to Vegas. Everyone is entitled to access our freeways so it’s important to allow others to squeeze in. It’s just like elevator etiquette – don’t make anyone wait for the next car.

Some of you from the East Coast may have learned to keep a “buffer” around your vehicle. In principle, the buffer gives you distance to stop without rear-ending the car ahead of you. However, studies have shown that, when traveling a mere 60 mph, it takes eighteen car lengths to bring your automobile to a halt. In Los Angeles, we can’t afford to have cars that far apart. There are simply too many vehicles and not enough freeway. We need to increase car density. So, since you’ll never get eighteen car lengths of distance between you and the vehicle ahead of you (try it sometime: the gap will always be filled!), you might as well resign yourself to driving in tight formation from the get-go.

With so many cars on the freeways, the side streets of Los Angeles are practically barren. This is where you can put that buffer technique to full use. When stopped at a traffic light, for example, keep at least 4 car lengths (6 is preferred) between you and the vehicle ahead of you. This allows plenty of space to get up to speed when the light turns green. It also has the bonus effect of making sure all drivers hit the maximum number of stoplights, thereby guaranteeing a safe, low average vehicular speed on our city streets.

Blinkers
Blinkers are a valuable tool, especially in freeway driving. They are the best way to get someone out of your blind spot.

You know the situation. You’re cruising along on the 134 heading west and the driver in the next lane is about two lengths behind you. If you speed up, they speed up. If you slow down, they do, too. You can’t shake them. What to do?

Turn on your blinker thereby threatening to move into their lane.

Guaranteed the driver will speed up and move ahead of you. It doesn’t matter if the driver’s lane is empty or full. They will pass.

By the way, this is the reason you will see L.A. drivers change lanes without signaling. 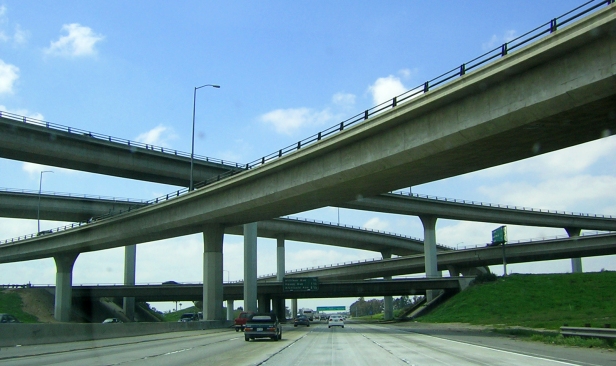 Productivity
It’s common knowledge that Los Angeles has the worst traffic in the country. Last year, Angelenos spent an average of 81 hours in traffic. That’s more than two full business weeks. Per year.

Those bits of time should never go wasted. After all, you aren’t even moving and will likely not do so for several minutes. In this age of constant connectivity and multi-tasking ADHD, it’s the perfect time to be productive.

Where do you think I’m writing this column?

Some tasks, however, can’t be interrupted as easily as writing. Applying make-up, for example. In those cases, it’s not possible to wait for the next traffic slow-down. Once the task begins, it must be completed. Seasoned Angelenos can apply make-up, including eyeliner, at 65 mph. I’ve seen it. That and inserting contact lenses.

I guess it’s safer when people have perfect vision while traveling 95 feet per second.

Parking
In a never-ending battle of one-upmanship between New York and Los Angeles, the City of Angels can claim its parking infrastructure is just as horrendous as that of the Big Apple.

The difference is that most Angelenos transit the city via car.

In an effort to alleviate the situation, many establishments provide a valet service where poorly paid attendants place your expensive car in secret areas where you could park it yourself – for free – if only you knew the tricks of the local neighborhood. Unfortunately, one establishment that has no valet service is the light-rail Metro system rendering it useless unless you can walk the 2 miles to the nearest station.

Theaters in Los Angeles also have little in the way of available parking. Consider traveling to a theater in Orange County if you want convenient parking. After all, the 5 freeway is the longest parking lot in the country. 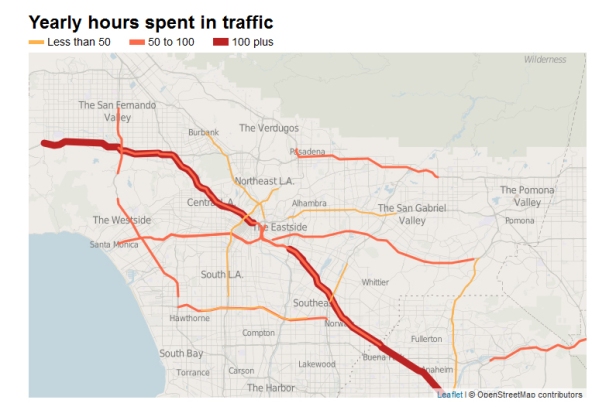 You simply can’t get the full L.A. experience without a bit of parking hassle. And that’s why Los Angeles chose to center its live theater district at Hollywood Theatre Row which is one of the finest inconvenient parking areas in the city. The neighborhood already had little in the way of parking and, with its plethora of theaters, you get to duke it out with fellow art patrons.

Consider it a sort of immersive pre-show performance art piece and it will be much more pleasant.

If you can master all of these driving tips, you are en route to becoming a true Angeleno behind the wheel. The final requirement is simply to lose any capability of driving in the rain. But that won’t become an issue until the rainy season next winter.