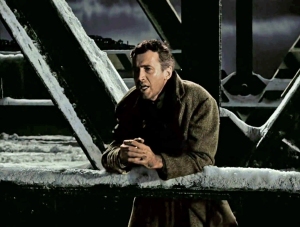 There’s a modern myth stating that modern audiences won’t appreciate art unless it’s created in modern technology. The art must be accessible to the audience. So films are colorized. Or recropped for a widescreen. Or re-released in 3-D.

So says the modern myth.

Imagine we needed to repaint the Sistine Chapel because Michelangelo didn’t have Prussian or cobalt blue on his palette. Ridiculous, right? Painting underwent a tremendous revolution with the advent of modern chemistry. Yet we don’t think anything in the works of da Vinci, della Francesca, or Velázquez needs updating just because the artists couldn’t sing the cobalt blues.

For Shakespeare, the new “technology” was the English language itself. In fact, coming as he did just after England cleansed its language by taking a Great Vowel Shift, Shakespeare is considered the starting point of “Modern English.” To keep his meter, Shakespeare needed to invent a lot of Modern English words. Just imagine trying to describe a fraternity party without words like puking, swagger, obscene, scuffle, hoober-bloob, and lonely. Okay, hoober-bloob was coined by Dr. Seuss but he also invented lots of words for similar stylistic and rhythmic reasons. 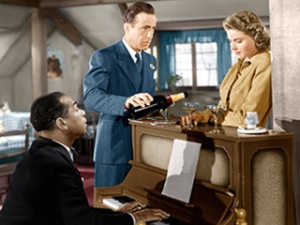 The point remains: since Shakespeare was helping to invent Modern English, why would anyone need to “translate” him into Modern English? Well, according to the Oregon Shakespeare Festival (OSF) folks, who just launched a three-year colorize-the-Bard’s-plays project, it’s the old “make things accessible to the audience” trope.

Sure, after 400 years, Shakespeare needs the occasional tidying up. After all, the Quartos and the First Folio were assembled in a non-scholarly way with the text based on non-standardized spellings and minimal (if any) punctuation. And all compiled after Shakespeare’s death, so he couldn’t provide the final editorial say-so.

You wanna change “porpentine” to “porcupine”? Transform some periods into commas? Be my guest. But the Oregon Shakespeare Festival is purporting to “translate” Shakespeare. How do we know? It’s in the title of the project:

And why do the smart folks at OSF need to “translate” something from early Modern English to contemporary Modern English? The leader of the project, Lue Morgan Douthit, puts it this way:

‘Translate’ is an inadequate word because it implies a word-for-word substitution, which isn’t what we’re doing. I’m going for something much more subtle. But I like the rigor that ‘translate’ implies.

Now, I’m no linguist but it seems to me that if you are about to embark on a tricky language project (and especially one with the goal of making the language more accessible), you’d at least be able to find the words to describe what you are doing.

Naturally, the public is assured that the “translation” (whatever that means) will be strictly faithful in meter and rhythm and metaphor and et cetera. Sounds like the scholars will have to be so faithful to the original work, the only thing they’ll be allowed to change is the font. 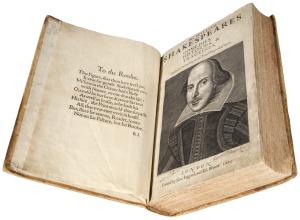 Which begs the question: what’s the point of this lingual colorization?

After all, Shakespeare made up words, thousands of them, his contemporary audiences didn’t necessarily use daily (if at all), though they are in standard use now. And, conversely, the English language is full of clichés first expressed by Shakespeare. How can something be clichéd if it isn’t already accessible to a modern audience?

The real contemporary issue is one of “marketing,” a word that Shakespeare did not coin. If Shakespeare isn’t as popular as people imagine he should be, it must be because his plays were filmed in black and white! Colorize him! Something tells me, however, that Shakespeare’s works wouldn’t have survived 400 years if they weren’t already accessible.

In much the same way that the careful visual choices of black and white cinematographers are lost during colorization, updating Shakespeare’s language and verse tosses aside the very reason people are fascinated with his plays in the first place. (It is Shakespeare’s plots that often seem old and outdated.) But Bill Rauch, OSF Artistic Director, tries to convince us of the need to colorize anyway:

In this aspect of our endeavor, I am reminded of restorations of old paintings. When the layers of brown glaze that have accumulated over the centuries are carefully removed, the original colors can be astonishingly revelatory in their intensity.

Except what Rauch doesn’t say is that even well-meaning, careful, and very, very expensive restorations can destroy the artist’s intent. Like when the non-Prussian blue Sistine Chapel paintings were cleaned. Carbon black, assumed to be from candle soot, was scrubbed from the paintings’ surfaces. In fact, Michelangelo used this material to give a shadowy depth to his work – and his figures’ eyeballs (a word Shakespeare did coin). With both shadow depths and eyeballs “cleaned” away, Michelangelo’s figures are now as short-sighted as the restorers who had hoped to improve things. 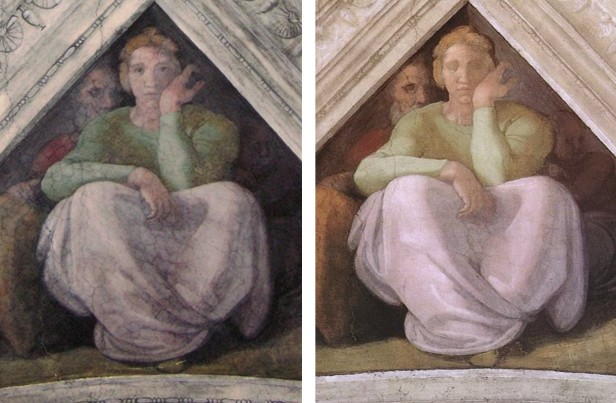 I’m assuming this was not the colorful metaphor Rauch had in mind.

Methinks some actors doth protest too much. If audience enthusiasm for Shakespeare is waning, don’t blame the writing, blame the acting. For as any good actor will tell you: if the actor understands what they are saying, the audience will understand as well. Holds true for Shepard, for Shaw… and for Shakespeare.

Maybe we just need something to make Shakespeare accessible to the actors? 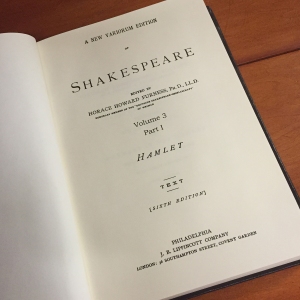 Fortunately, that something already exists – and has for over 100 years. The Furness Variorum of Shakespeare collects hundreds of scholarly interpretations of the Bard’s phrases and allows the actor and director to do what they are supposed to do: artistically interpret the script while remaining 100% faithful to the writer’s words. The Furness Variorum is comprehensive and therefore definitive. It is still being compiled and new volumes continue to be released. Some older volumes are even available online. And the best part? Rather than being straitjacketed by someone else’s colors of Shakespeare’s language, the Variorum permits the actors to create the artistic “translation” for themselves. The plays thus remain always fresh, always modern, always accessible.

The language of the theater renews itself not through translation but through performance.

A lot of time, effort, and especially money is being invested in the OSF project. One wonders if it would be a better value to simply republish the Variorum in a modern font. And put it online. For free. With hyperlinks and everything the kids like today.

You know: Use modern technology to make Shakespeare accessible.

True, updating a 100+ year-old repository of human knowledge is a less splashy project but it would likely be more beneficial to future generations. Maybe someone will be inspired to set up a Kickstarter campaign over it?

For ultimately, with all its good intentions and extensive resources, the OSF project will likely not achieve its desired results. The people who already love Shakespeare were able to fall for his work in its original form. Without any tampering. They are certainly not going to seek out a watercolored down version of what they love.

And what of the general public, the audience OSF is specifically targeting? Well, that would be me. The guy who is neither a literary scholar nor a drama major. Who doesn’t know much about Shakespeare except as titles of old Star Trek episodes. 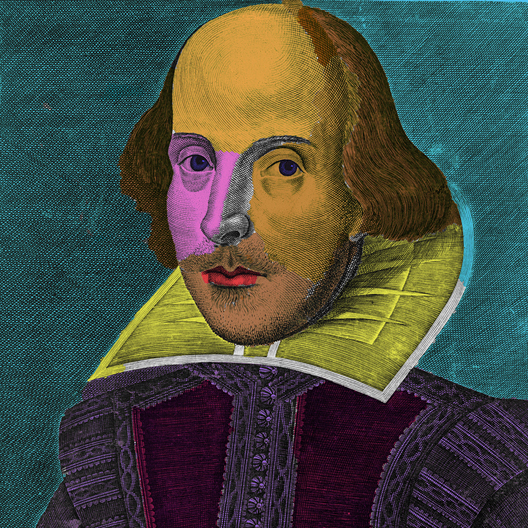 And that’s best understood by realizing Bill Rauch’s painting metaphor fails at a very basic level. The OSF project is not about restoration. It’s about creating a copy, very nearly like the original, but not quite. In the world of painting, that’s not called a restoration.

In the art world, some forgers are so skilled that their painted fakes have fooled experts and been sold to museums for tremendous sums of money. Clearly these fakes would fool the general public as well. In principle, the fakes could be hung in local galleries for people who couldn’t travel to New York, Paris, or Saint Petersburg to see the originals. The paintings would be very accessible. Yet no one proposes such an idea because it’s obvious the public would neither pay money nor stand in lines to view such works.

Because, in the end, art is not about the object but, rather, the artist’s vision. Our need for art is to experience a reflection of the creator’s soul. To feel the echoes of hard-won inspirations that came to be represented by the art. None of this can be recaptured in a mere copy which, by definition, is more about the object than the vision. To colorize, to allegedly “make things more accessible to the audience,” trades the magic for the marketing. The general public knows that culture is not based on near-copy.