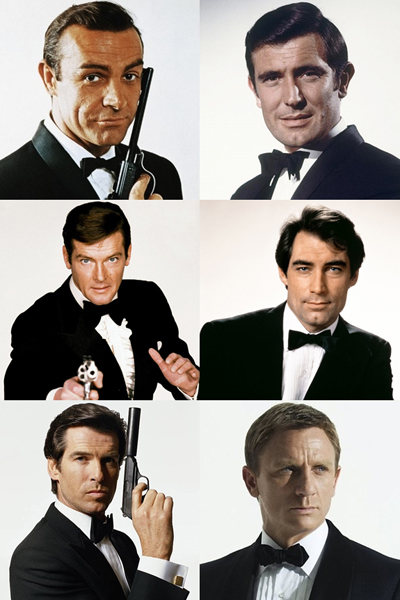 By now I’m sure everyone has heard about the latest brouhaha created by the digital pilfering over at Sony Studios. It concerns a casting idea for the next James Bond feature after Daniel Craig (the current Bond) retires from the role.

Like many folks, I’m disappointed with the name that the Co-Chairman of Sony Pictures floated: Idris Elba. Seriously? Idris Elba? Once again, the studio is casting Bond with an actor from the Commonwealth of Nations. More blatant jingoism with preferential hiring from a faded Empire of another era. We should modernize our expectations. You don’t need the Queen to be your actual ceremonial head of state just because you play someone working in Her Majesty’s Secret Service. I am getting really tired that the studio has not yet cast an American for this iconic character. Bond is fictional and any decent actor should be able to play the role.

I suppose it’s something of a tradition to be upset with the studio choices for Bond. It began when George Lazenby, an Australian, was brought in to replace the original Bond, Sean Connery. The public reaction to Lazenby was so dismal that not only did Sean Connery return in the next picture, the studios never again went outside the United Kingdom when casting the role.

As a kid I was constantly disappointed that the famous MI6 spy was not played by an American role model. It’s demeaning that the United States needed a member of the British Empire to always save our ass whether it be to protect our gold depository at Fort Knox, recover our stolen nuclear weapons, save our space program, or prevent the destruction of Silicon Valley.

Yes, these are all actual plots from the films. Makes you wonder why the United Kingdom ever needed Lend-Lease from us.

The films filled me with shame to be an American and made me fantasize about being British. And that’s just wrong. American children should be able to aspire to become a super-spy – the NSA surely needs to swell its ranks if it wants to continue to tap into our Internet lives – and so it’s time to cast an American as James Bond.

The argument is further bolstered by consulting the ultimate authority on Bond, writer Ian Fleming, the guy who created the character. In two different novels, Fleming made sure to write that Bond has a strong resemblance to Hoagy Carmichael – a midwestern American.

So where is the American actor capable of playing such an iconic character?

I’m kinda hoping for Meryl Streep. She obviously has the acting chops. She’s more of a marquee draw than most actors. We know she’s good with accents. And she won her last Oscar for impersonating a rather famous Brit in a performance that demonstrated, once again, her trademark ability to disappear into roles.

I have no doubt that Meryl would be able to play James Bond just as convincingly – even for the most demanding aficionados of the series. Only those who are sexist would balk at the suggestion of offering Meryl the part. After all, Bond is fictional and any decent actor should be able to play the role.

But what of Idris Elba? Does giving Meryl Bond mean we have to give him the shaft?

After all, both the Superman and Batman franchises were rebooted successfully once they cast a British actor in the titular lead and Idris has already shown a facility with gritty urban American accents – at least Baltimore ones.

Unfortunately, throwbacks will probably have an issue with this modern idea. They’ll give Idris one look and think: “Too old for a high school student.” But Peter Parker is fictional and any decent actor should be able to play the role.

The trouble with modern ideas is that imagination is required to grasp them. Like the imagination needed to market a film with new characters rather than simply resell old character names in contorted ways because it’s cheaper – and safer – to get your audiences to show up out of an old habit rather than a new desire.