Lately my thoughts have drifted to Halloween because we live in a culture where, the moment Labor Day hits, polite women stop wearing white shoes and grocery stores start pushing orange bags of candy. As with most things in America, sophisticated marketing has changed Halloween over the years. However, the essentials of the holiday are still there: the candy, the dress-up, and the scare. 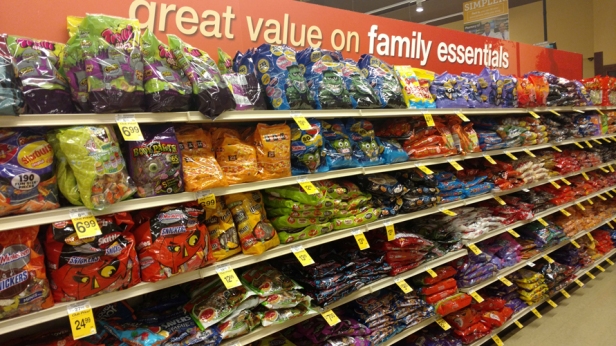 I grew up in Connecticut, among the thick New England forests whose floors are covered in crunchy brown leaves by late September. Perhaps I’m biased but those woods are one of the better places to tell ghost stories – whether it’s a bunch of adolescent boys boldly exploring worn farmers’ trails or a group of inebriated teenaged boys and girls awkwardly exploring their sexuality.

Experiencing a good scare is synonymous with the whole Halloween adventure. It’s a bit artificial, however, to simply jump out of bushes at passersby and shout “Boo!” This is America and, in America, we know how to scare people and make them more fearful than anywhere else in the world. It starts with all the personal care products that are continuously marketed to us. A whole lifetime of fears to be exploited that will sell more petrochemicals.

Our cultural anxiety runs deep. I know perfectly rational people who will tell you they are aware that humans are just another species in a long line of primates and that the climate is getting warmer because humans are burning fossil fuels. They will tell you how they read science blogs and how they never miss a Neil deGrasse Tyson television show. They will also tell you their hard drive died because Mercury is in retrograde and they are now worried about what else will happen as a result of that planet’s motion.

Why purchase a ticket for Halloween Horror Nights at Universal Studios when you can freak yourself out – for free – by the orbital positions of rocks moving around a rather mediocre star?

American politics has a long tradition of moving the discussion by intentionally scaring people. We are a nation of immigrants who are made fearful of newer immigrants. The scary groups change as each set of immigrants establishes itself in the system: Two hundred years ago, Irish Catholics were the feared immigrant group. One hundred years ago, it was the Eastern European Jews. Today, it is the Middle Eastern Muslims. 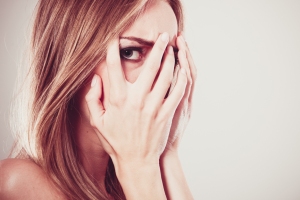 This year, the entire Republican presidential election strategy is built on scaring people. Unfortunately, so is a surprising amount of the Democratic strategy. As in: “Boo! If the Republicans capture the White House, you’ll have A Nightmare on 1600 Pennsylvania Avenue.” And while it is scary to think of Donald Trump in the White House (horrifying actually), can’t the political discourse have more depth than this?

Against one of the weakest presidential candidates in modern history, Hillary Clinton’s campaign has an unprecedented opportunity to create a motivating public discussion about specific plans for a positive, optimistic future. Instead, we get scare tactics. And Hillary Clinton should know how ineffective these are. From experience. In 2008, Clinton, a candidate with tremendous pre-primary name recognition, was defeated by a relatively unknown candidate whose campaign message was anti-fear: “hope.” Eight years later, she had a surprisingly tough primary race against another outsider who was an (a) old (b) white (c) man and was, worse still, labeled (d) Socialist. But Bernie Sanders’ message, like Barack Obama’s, was about imagining bold possibilities.

The common phrase “voting for the lesser of two evils” describes a fear-based strategy. It’s completely negative. After decades of use, it creates a fearful populace in constant retreat until you are left with only one credible presidential candidate. And that candidate’s supporters then try to use the same fear-based phrase to “motivate” voters.

Fear is corrosive. Continually getting scared is exhausting. Is it really surprising many people were over this election back in September? (And, naturally, the way to combat this apathy is to attempt to scare people about not voting.)

So, no need to pay for a visit to Knott’s Scary Farm this year. Instead, save money by watching CNN at home where you can be far more frightened by the prospect of a world-wide reaction to a Trump presidency that collapses the value of the dollar. The only cost to you is the possibility of a collapsed value of the dollar.

The arts provide a safe place to explore concepts and situations too scary to experience in reality. We are safe in the theater, in the gallery, between the pages of a book.

But, oh, we live in fearful times. It’s all that petrochemical and political marketing. We don’t need any more challenges on us – even in safe spaces. Endlessly sequeled comic book movie franchises? Check. Broadway musicals based on already popular films? Check.

The Halloween film franchise actually turned over the odometer. After 7 sequels, it got rebooted and a sequel was made for the reboot! Give us the safe kind of scare. Where we know what’s coming in advance.

So, please, no surprises in our art. Life has become frightening enough. Another remake of a film or revival of a Broadway show? Absolutely, thank you very much. Let us know what to expect to calm our nerves. A return to the familiar. Like putting recognizable faces in the White House.

Then I’ll have the energy to deal with my fear about the petrochemicals in the orange bags of Halloween candy that showed up way too early on grocery store shelves.

Or my fear that I didn’t apply enough deodorant this morning.

But what did I expect? Mercury is in retrograde, after all.

And we are not out of the woods.